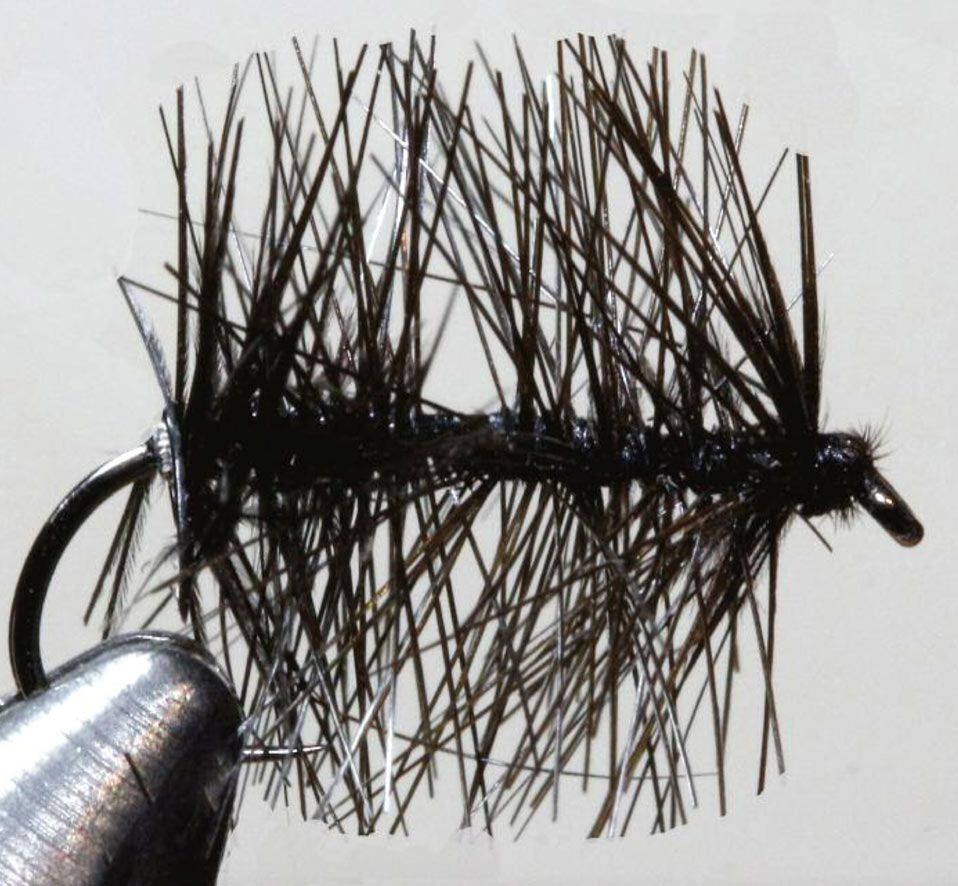 When the group of VFFA members visited Millbrook Lakes in August this year there was a smallish midge hatch happening just on dark. This got your editor interested in the flies to use during these hatches. My understanding is that by reputation trout are notoriously difficult to catch when there's a full-blown midge hatch on. But if they’re rising then we’ll be casting to them.

Jim Jackman, our guide at Millbrook, had obviously had plenty of experience fishing for trout in midge hatches. With his guidance I had set up my gear with a Milly Midge suspended about 20cm under a Balling Midge pattern. So what’s a Balling Midge all about?

In Freshwater Fishing magazine issue 54 Mick Hall wrote an article on strategies and patterns for midge feeders. He describes the balling midge phenomenon. Apparently, part of the mating program for midges involves a number of males joining in a bonding session. In doing so they form a small ball, which in turn is very popular with the trout. And flies to represent balling midges are quite simple to tie.

The first of these is called a Balling Midge by Mick, and he says that this fly was shown to him in the mid-1960s by Russell Dodds of the Red Tag Fly Fishers, and was used very successfully by Russell in the early (‘magic’) days of Lake Eucumbene. Mick then describes the smaller but very common midges that appear on Melbourne’s Yarra River on warm, still evenings. Mick’s pattern to tempt these Yarra trout is called the Full Stop. It is smaller than the Balling Midge pattern, but essentially the same in construction. For both patterns the body is tightly wound and trimmed cock hackle feathers.

Then some years ago a neighbour of mine, Rod Lee, showed me his fly box for fishing the Tasmanian Highland Lakes. He had a very similar pattern for these balling midges, but his flies were tied with spun deer hair for the body.

Materials for the Balling Midge:

Grizzle cock hackle. (For the Full Stop use black cock hackle, and for Rod’s pattern find some dark deer hair.)

The September 2019 AGM
The 17th of October 2019- Meeting – with Chris Wisniewski, from Tasmania’s IFS