The Black Beetle – from Rick Keam 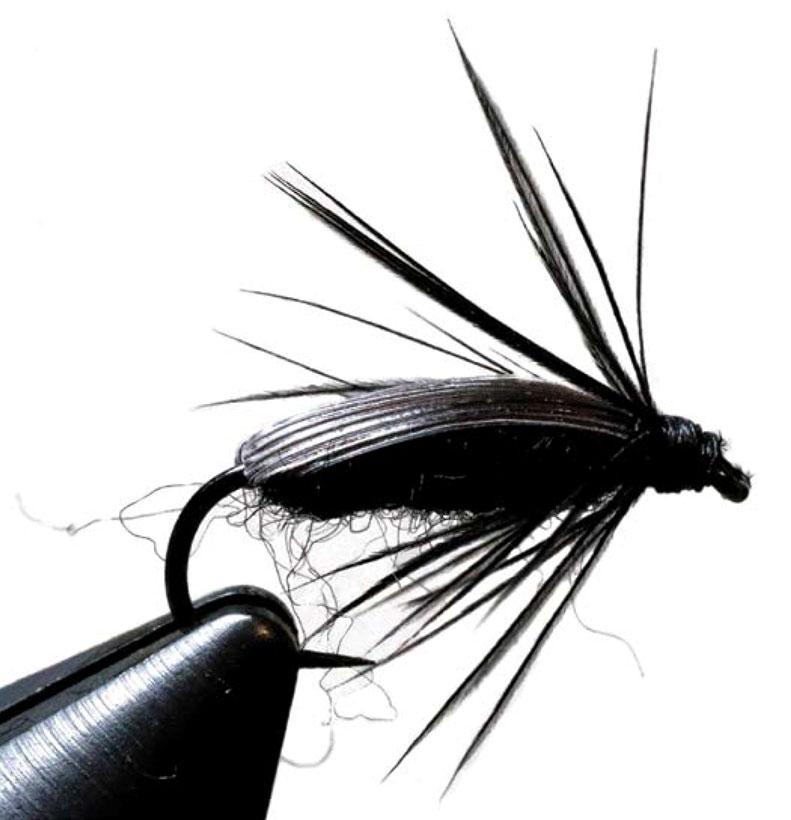 Rick Keam came up with this suggestion a few weeks ago when I was looking for a candidate for our Fly of the Month. As Rick said, how about the all-but-forgotten wet Black Beetle? It used to be one of the great stand-bys, but for some reason unrelated to its effectiveness, has fallen into disuse. It is also dead-easy to tie.

David Scholes, Fred Stewart, and Dick Wigram are just three who wrote about the effectiveness of this pattern. In terms of fishing it, Rick’s advice is to cast it ahead of cruising fish or search the margins of lakes and streams. Very effective when fished like a nymph on a leader greased to within a few inches of the fly. But watch closely for any movement of the leader.

Hook: #14 wide gape dry fly (although a wet fly, it performs best if it doesn't sink too fast).

Body: Black wool built up slightly to the shape of a small beetle, or black chenille.

Back: Narrow strip from crow wing or other black feather. 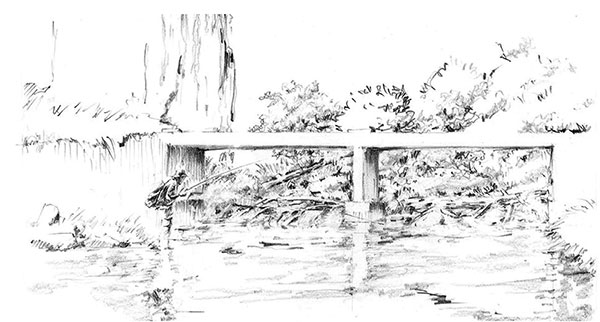