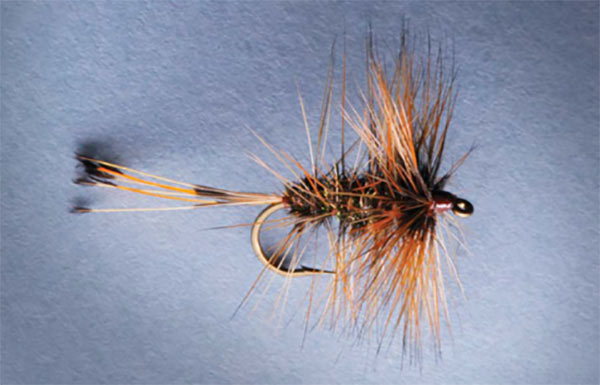 (The photo here is from the VFFA book Time Flies, and was taken by Vlad Bunyevich)

This fly is truly a wonderful Australian fly. It is often called the Geehi Beetle these days but is more correctly called Zwar’s Geehi. It was written up in our June 2007 newsletter, so is well and truly ready to be featured again in our Fly of the Month segment.

According to Rick Keam's notes in Time Flies this fly was originally created sometime before World War II by VFFA country member Keith Zwar. Since then it has certainly become a standard inclusion in most Australian trout fishers’ fly boxes.

Keith managed his family’s tannery at Beechworth in north-east Victoria, where he was also at one time the Mayor. In one modern Australian fly pattern book, and in more recent online articles citing it, he is elevated to ‘Dr’ Zwar. Now Keith was neither a medico nor the holder of a PhD, though many fly fishers would have happily awarded him one for the pleasure his fly has brought them.

A bit of related trivia is that the writer/actor/director Adam Zwar is connected to Keith Zwar’s family.

Here is a photo of Keith (standing on the right) taken at Reid’s Hut on the Geehi River in March 1929 (photo provided by Rick Keam). 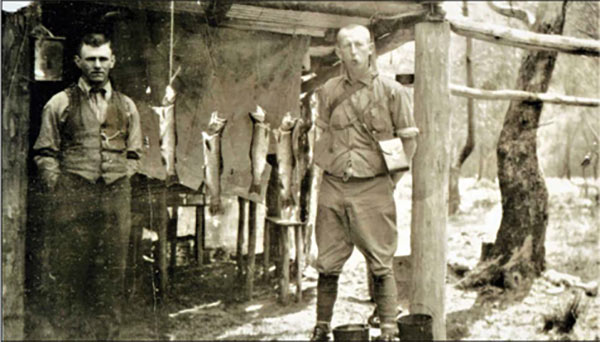 Keith Zwar is on the right. This photo was taken at Reid’s Hut on the Geehi River in March 1929. Rick Keam provided this photo, which was given to him by Keith’s son David.

Tail: At least six golden pheasant tippets no shorter than the hook shank.

Front Hackle: Coch-y-Bonddu (substitute furnace, plain red-brown, or ginger), wrapped densely. (Note that the rear palmered hackle is smaller than the front hackle, perhaps about two-thirds the size of the front hackle.)