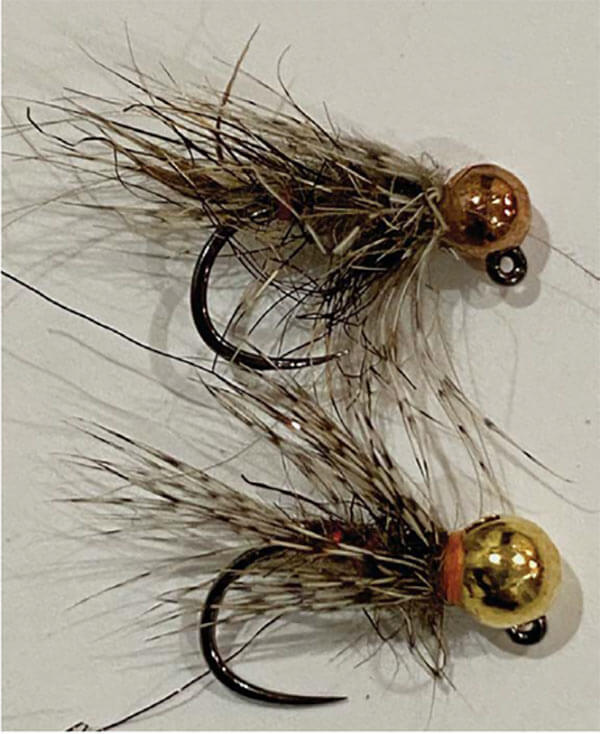 Karen Brooks was the guest speaker at our July meeting. She is one of our top female fly fishers and represented Australia at the Commonwealth Fly Fishing Championships in New Zealand last March. Her report on the Championships is given earlier in this issue.

Karen has also very kindly offered to contribute to our Fly of the Month section by describing one of her favourite flies – the Squirrel Nymph.

Here is her description of this fly:

I felt it only right to propose a Squirrel as my Fly for the Month. It not only was an important inclusion in my fly box for the recent Commonwealth

Championships in New Zealand but is a staple in my fly box for every day on the river. It has been a ‘go to’ fly for me for European Nymphing on a host of rivers in Tasmania and on the mainland, as well as some European and US destinations. This fly is worth taking anywhere!

From what I understand the fly originated in the Czech Republic. Overall it is a buggy, natural looking fly with the inclusion of CDC and partridge to give it a natural movement. A fluoro pink Glo Brite rib gives a hot spot to make sure it’s seen.

The Squirrel can be tied with a variety of tungsten bead sizes and colour s. It has quite a large profile, which makes it ideal to use in cloudy or colour ed water or low light conditions, as well as being a general sear ching fly in riffles, runs or pools.

Normally the Squirrel would be my point fly on my leader, with a smaller profile fly with a different colour bead on the top dropper.

There are many variations for tying a Squirrel but here is the method and materials that I use. 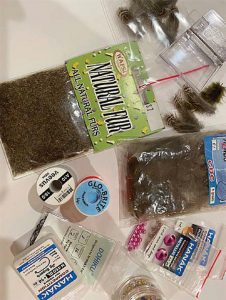 The ingredients for tying Karen’s Squirrel 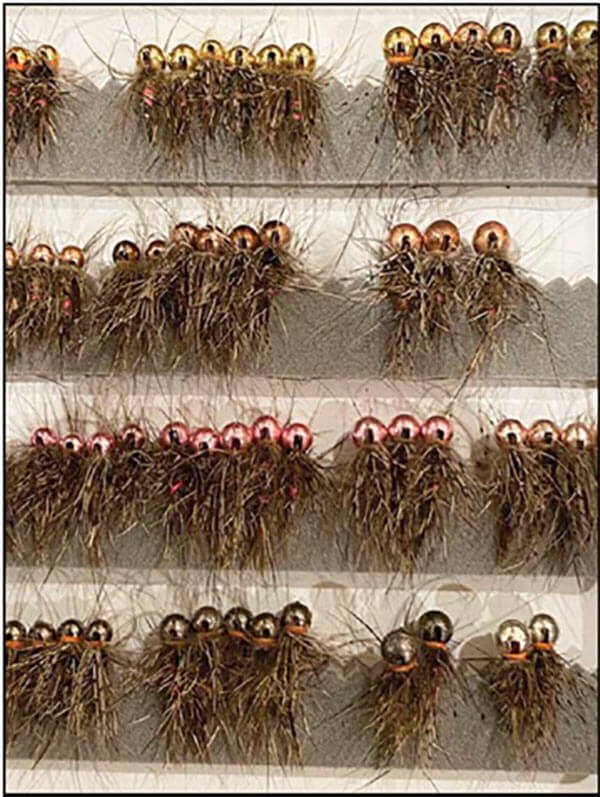 Textbooks tell us that a collection of squirrels is technically called a scurry or a dray. Here we could probably get away with calling them a fly box full.