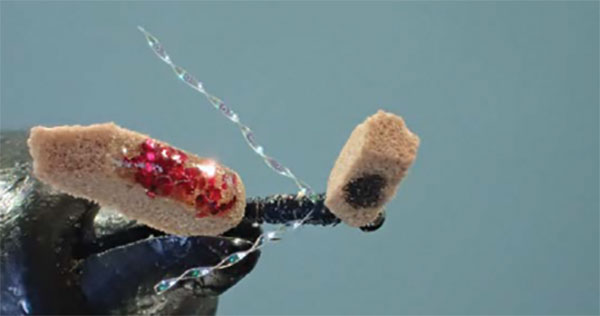 (Ed is a very creative and inventive tier with a high reputation in South Africa as one of their best. He is invariably exhaustive in his research and notes on the flies he ties.  Here are his thoughts on tying ants.)

At first, I used black micro krystal flash for the legs because they give the impression of movement. I tied each leg on singly on top of the hook shank in an X shape.

I rely on others to test my flies and the first examples were tested when our streams were still high after our winter rainfall season. The complaint was that they were difficult to see in the fast current. The obvious answer was to add a wing and I mixed black and white Hareline Sparkle Emerger Yarn. I realised in retrospect that the wing would have been even more visible if I had added a few strands of Hareline Ice Wing Fibre in black and pearl.

I changed from micro krystal flash for the legs to ultra-thin rubber because they were easier to fold out of the way when adding the wing.

In the early 1980s when I was looking for the silver bullet, the fly that trout would chase up the bank, I read about the McMurray Ant. It was allegedly so effective that Art Lee called it “the deadliest fly to shake hands with a leader.

Check https://www.flydreamers.com/en/fly-tying/mc-murray-ant-vl233, for details on this fabulous fly.

Here are a few comments from the time.

Materials for the Fettuccini Foam Ant:

There is a comprehensive array of articles on ant patterns on the Cape Piscatorial Society website.

Here are some other photos of Eds ant patterns: 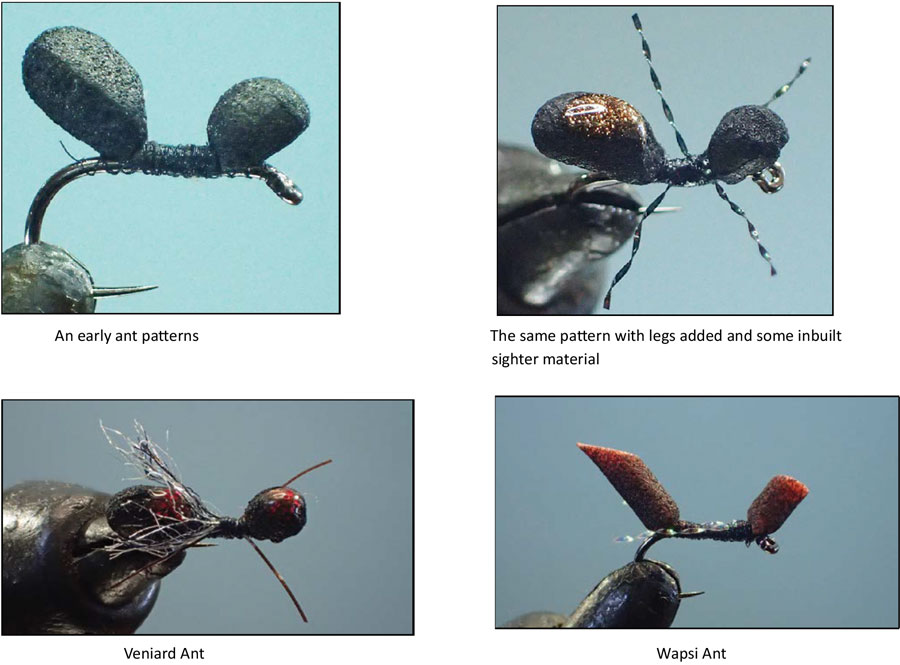